Unit Two: On Your Hobby Horse

Look and say what hobbies you can describe with the following words. Say why.

When I was five,

I looked at the sky.

When I was seven,

I dreamt about heaven.

When I was nine,

I wanted to fly.

When I grow up soon,

And fly to the moon.

2. Say if your hobbies are the same or different.

A) Play a grammar word formation game. Use the nouns from the box below.

B) Ask your friends:

2. What she/he does early in the morning;

3. How long it has taken them to learn to do something well;

4. If they can work hard and play hard.

1) Use more + adverb (+ than) to compare two actions. Example: I can ride a bike more skillfully than my friend.

2) Use (the) most + adverb to compare three or more actions.

Example: Ann ran the fastest in the race.

Example: I can play the piano as fluently as my sister.

A) Play a grammar tennis game.

B) Look at the picture and say:

1. Who can jump the highest;

2. Who can run faster than the others;

3. Who can jump the farthest. 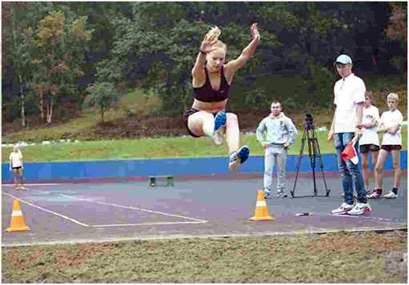 Example: There are a lot of children in the playground. Some of them are jumping. The girl over there can jump the highest… .

1) Study these words and say:

Example: I like to collect shells. They remind me of my trips to the seaside.

B) Which of the hobbies you can practise:

Example: I can listen to music at home. It’s my hobby.

2) Describe any activity which children can do in the clubs in the picture (p. 48) and let your friends guess. Cover these questions:

Example: It is an intellectual activity. We can play this game with a friend. We need a board and sixteen pieces. (Answer: playing chess in the sports club.)

At home: Think and decide what interesting activities you can recommend your family members to take up. Fill in the chart below.

V. Time to Listen and Read.

1. Listen to / read the descriptions of three hobbies and say which of them you find exciting/useful/impressive.

Simon: My hobby is collecting stickers. I have pictures of football players and pop stars. I buy packets of stickers and trade them with my friends. We exchange those we already have for the ones we need to complete the set. It is so exciting to get the whole set! I can look through my collection hours on end. Many of my classmates also collect things, such as shells, model cars, dolls, comics, books, stamps, coins or postcards. The only minus of collecting things is that it is an indoor hobby, you know. My mum says that I should spend more time outdoors.

Rachel: Many people like to do something creative, such as painting or drawing, playing music, knitting or sewing, DIY or cooking. They develop their living skills, in a word. My hobby is doing crossword puzzles. I know much about them. Crosswords, or crossword puzzles first appeared in the early 20thcentury. Today, many people regularly do crosswords, sometimes on the bus or train on their way to work. Most newspapers such as “Highlights” and magazines (let’s take “Stone Soup” as an example”) have at least one crossword and there are often prizes for people who send in the correct solutions. I am proud to say that I have won such a prize from the children’s magazine.

Victoria: I have a lot of hobbies. I like to read, and I like to work on computers. But I absolutely love sports. Many of my friends have a sport as their hobby. They do football, basketball, volleyball and tennis. I prefer badminton. It has been a part of my life since childhood. I regularly go to a leisure centre. Twice a week we have practice for about an hour and we have games every Sunday. After a game of badminton I feel good. And I also have a lot of friends in the centre, so I enjoy being with them. It is, you know, a great time with great memories. 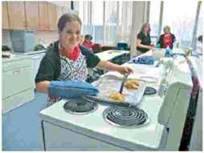 2. Say what is not true in these sentences.

1. Collecting things is an outdoor hobby.

2. Crossword puzzles first appeared in the middle of the 20th century.

3. To solve a crossword, one asks a set of questions.

4. Few people have a sport as their hobby.

5. All the hobbies are expensive.

6. All the children practise their hobbies at home on their own.

3. Say what hobby has been a part of your life since childhood.

1. Act as Simon / Rachel / Victoria and describe some pluses and minuses of your hobbies.

2. Look at the notice board in the children’s leisure centre and say what hobbies you can practise there. Are they a necessity or an obsession? 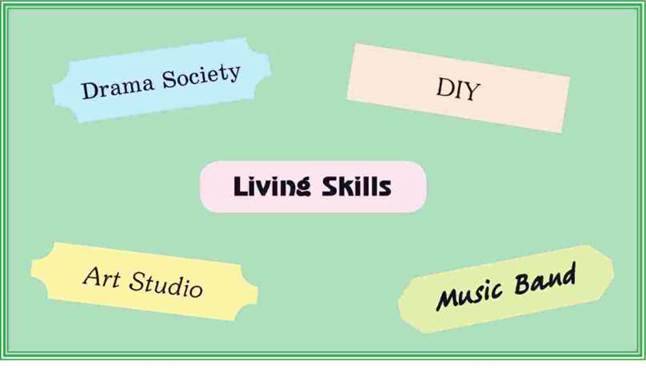 3. In pairs, talk about the hobbies which are a necessity or an obsession with you, as in the pattern below.

A. What is your hobby horse?

A. Is it a necessity or an obsession with you?

A. What do you find useful about it?

A. How long do you spend on it?

Write a letter to the editor of the magazine “Stone Soup” about a hobby which is a necessity/an obsession with you. Follow the format below. 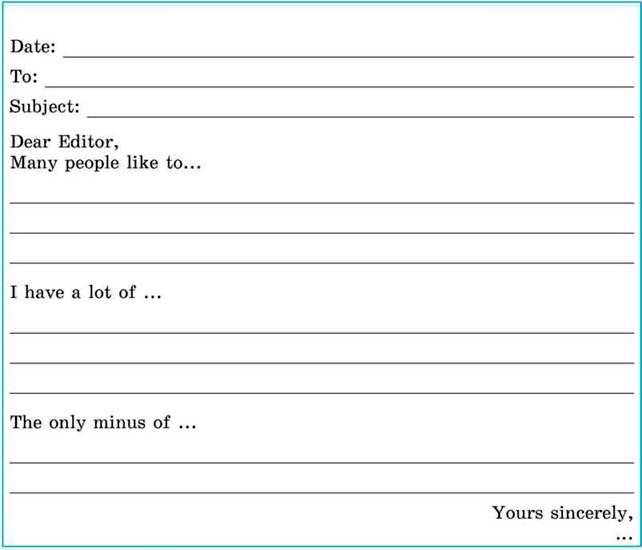