UNIT 3. GHOST OF THE FOREST

1. Which words are correct? Make sentences with them The bears thought the third spook was real.

Did you go to school yesterday?

Where did you go?

2. Think of 4 or more correct answers to one question.

What did the bears see in the forest? They saw a tent, fire, trees, flowers, spooks.

Where did Dad go?

What did Jack say?

What did the bears do in the forest?

What did Dad do in the forest?

What did Jack do in the forest?

3. Read the last part of the story and fill in the table.

One brother bear looked at the third spook carefully. And he saw that it was their Mom.

The third ghost took off her mask.

“And I wanted to scare Dad,” said Leader Jack.

“There are no ghosts!” said all the bears.

(After Stan and Jan Berenstain)

4. Read again and find mistakes in the picture.

There is no tent in the forest, but the bears had a tent in their camp. 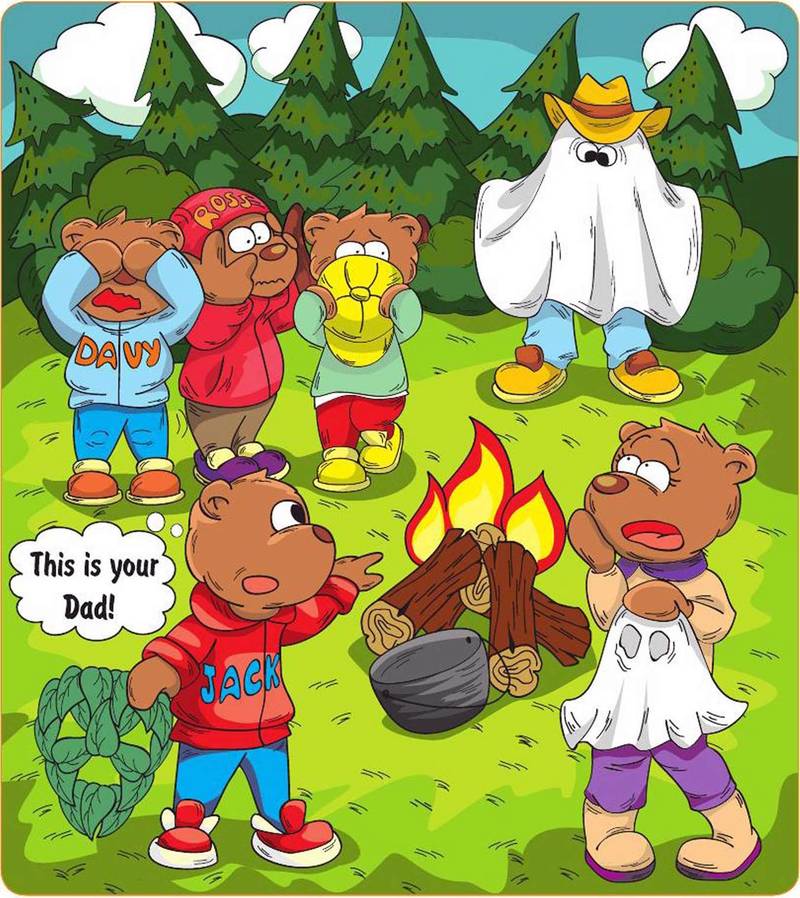 5. Choose the characters. Keep them a secret. Act out a dialogue between these characters The others guess who you were. 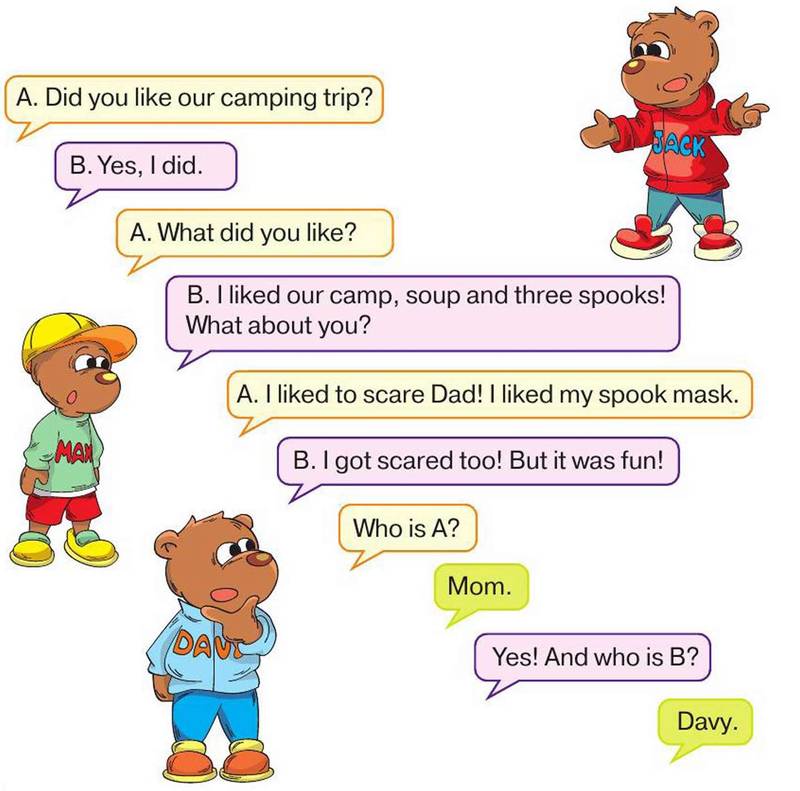 6. Read and choose the right word. Listen and check.

Three brothers came / thought / went camping to the forest. They looked / met / scared Jack there. They made / took / put up a tent, cooked soup, said/ put up / told funny stories and went to bed. Then they made / saw / cooked three spooks. The brother bears saw / took / thought that the third spook was real. But it was not. The first were / was Dad in a sheet, the second was / were Jack in a mask and the third was / were Mom in a costume. All the bears had / put / cut a lot of fun in the forest.

7. Write a dialogue between Mom and Jake.