1. Look at the pictures and remember the words. 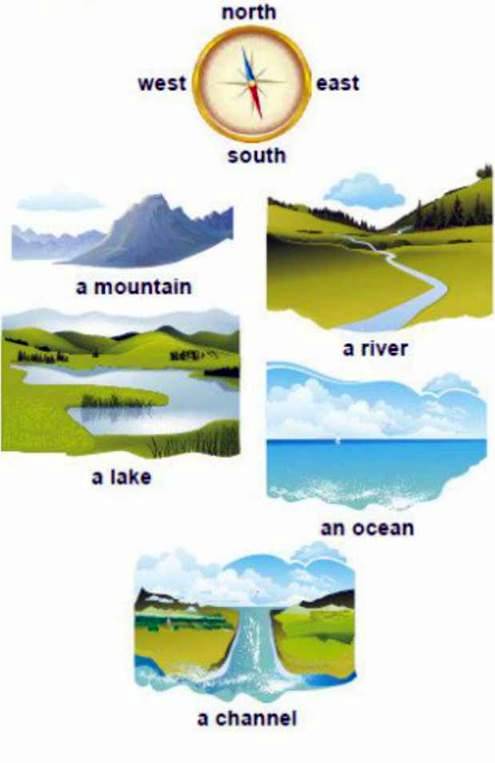 3. Look at the map and read about the British Isles. 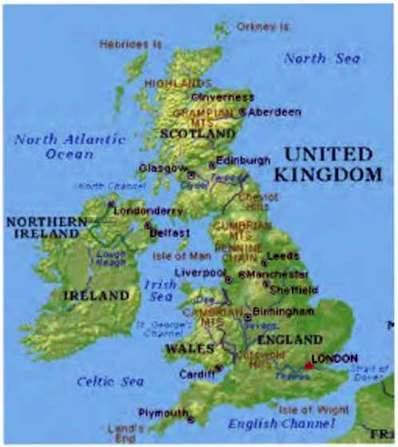 The British Isles lie off the north-west coast of continental Europe. They are made up of Great Britain (England, Scotland and Wales) or the United Kingdom (UK) and Northern Ireland. The capital of Great Britain is London.

The UK is separated from Europe by the English Channel. The country is washed by the Atlantic Ocean in the north and the North Sea in the east.

Mountains are an important part of the geography of the country. The highest mountains are Ben Nevis in Scotland, Snowdon in Wales, Scafell in the Lake District and Slieve Donard in Northern Ireland.

The main rivers in England are the Seven and the Thames. Scotland’s longest river is the Clyde and Ireland’s the Shannon. The largest lake is the Lough Neagh in Northern Ireland.

5. Match the pictures to the sentences. 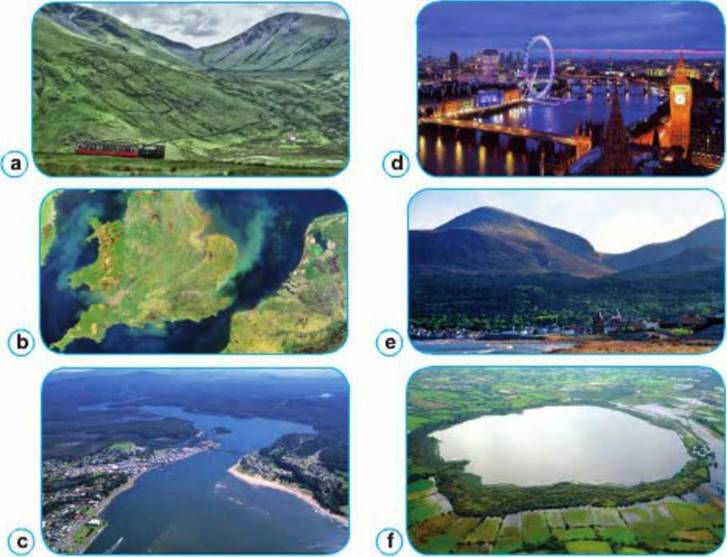 2. This is Snowdon in Wales.

3. This is the English Channel.

4. This is Slieve Donard in Northern Ireland.

5. This is the Clyde in Scotland.

6. This is the Lough Neagh in Northern Ireland.

6. Tell the class about the British Isles.